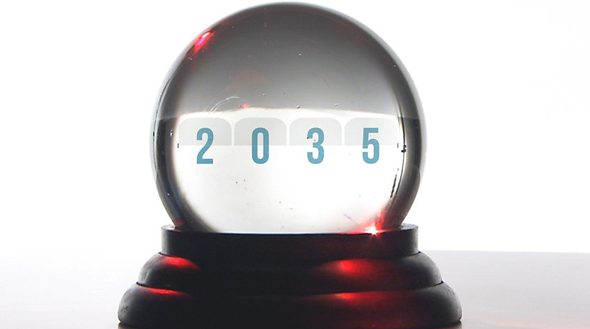 A four-part drama for BBC Radio 5Live, in the style of a live news bulletins from 2035

Good afternoon, wherever you’re listening to us, be that on earth, in the space station, on the surface of Mars, or just at home with a cup of hot miso. Thank you for choosing to stream News Feed First; made in Britain, trusted worldwide and for the last decade, the world’s favourite streaming channel.”

In a world where the sugar tax is so high that fizzy drinks are no longer produced and the premier nations are dropping out of the FIFA World Cup, what remains the same? The year is 2035 and Rhianna and Arthur are here to bring you the latest global news from the world of sport, health and lifestyle.

Produced by TBI Media as part of Afternoon Edition hosted by Dan Walker and Sarah Brett featured an excellent voice cast, 2035 was a four-part drama in the style of a live news bulletin broadcast around the world. In this new piece of writing, Marc Haynes took a satirical look at where we will be in 20 years’ time, making us question whether we really will be eating bugs, allowing athletes to artificially modify their bodies, travelling to the moon and living in a virtual reality.