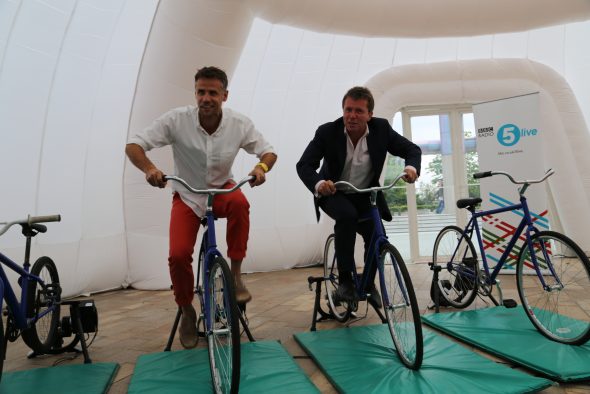 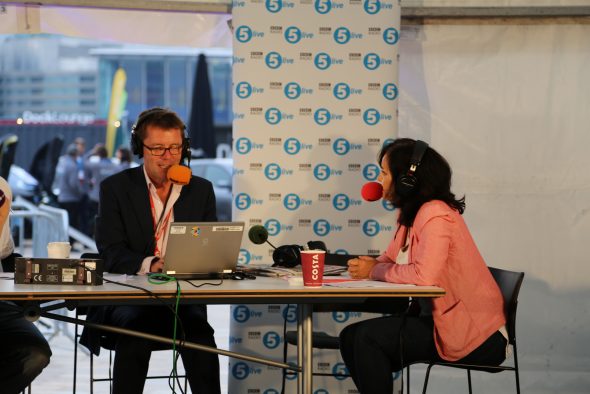 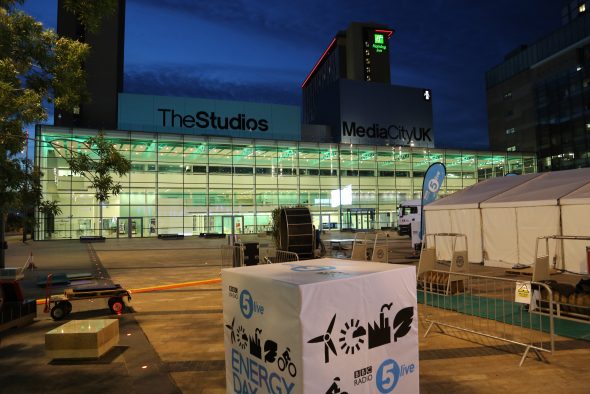 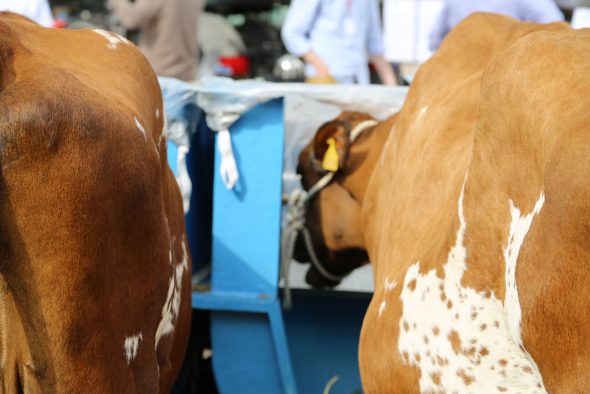 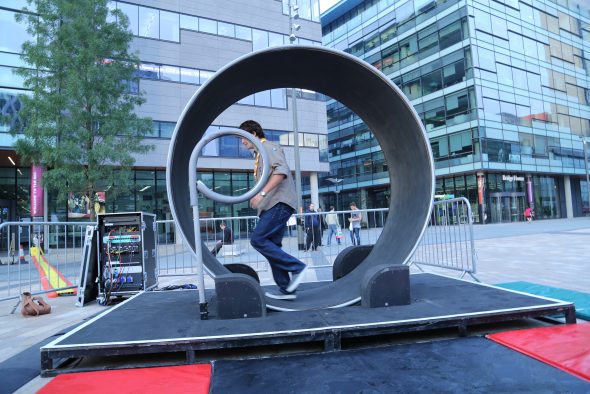 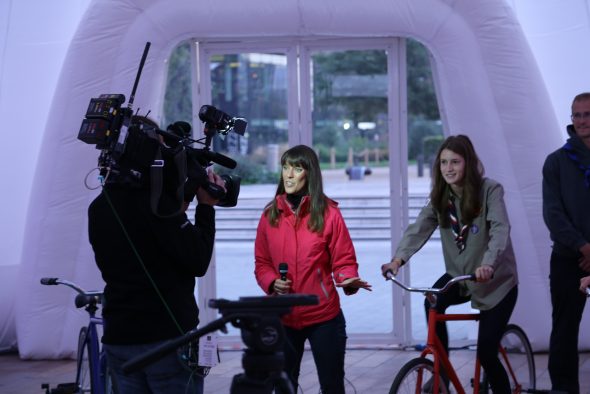 TBI Media proved how effective renewable energy could be as it produced Energy Day for BBC 5 Live in Salford, powering its entire studio for 12 hours with renewables including people-generated pedal-power.

Other interactive energy-harnessing experiments that took place on the Media Plaza included the re-use of chip fat from the BBC canteen, wind turbines and kinetic energy from a human hamster wheel.