"A pioneer of performance and installation art" 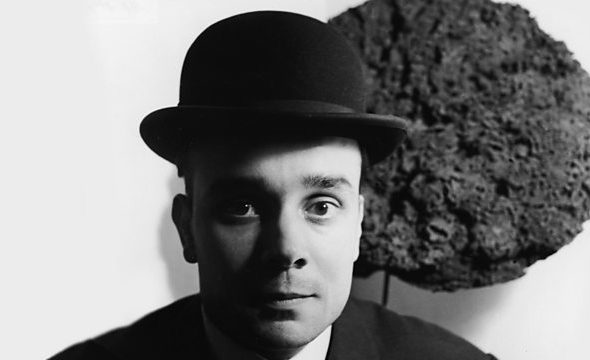 When the young and blisteringly talented Yves Klein died in 1962, the art world lost a revolutionary. James Fox looks back at Klein's exuberant life and radical work in this documentary.

Sixty years ago, the young, exuberant and blisteringly talented Yves Klein suffered a heart-attack at the Cannes Film Festival and died soon after.

In this story of an art world revolutionary, Dr James Fox talks to Klein's widow Rotraut Klein-Moquay and son Yves Amu Klein, as he looks back at the life and work of an artist often remembered only for a beautiful shade of blue.

Klein's origin story begins on a beach in the South of France, under a deep blue sky, a colour which inspired the vibrant ultramarine of his International Klein Blue monochromes, sponges and body prints.

But Klein also created art out of fire, experimented with photography and music, studied Judo in Japan, released hundreds of balloons into the night sky, strapped wet canvases to the roof of his car and exhibited an empty gallery in post-war Paris.

Both showman and visionary, Klein leapt into the void, rejected the art of the line but was always ahead of the curve.

"We're less than 48 hours away from the launch of @HelenSkelton's new @bbc5live show, with it kicking off 10am Sunda… https://t.co/KxuKKJrEto"