Call Up: The Story of National Service

"A history radio programme that you won't want to miss" 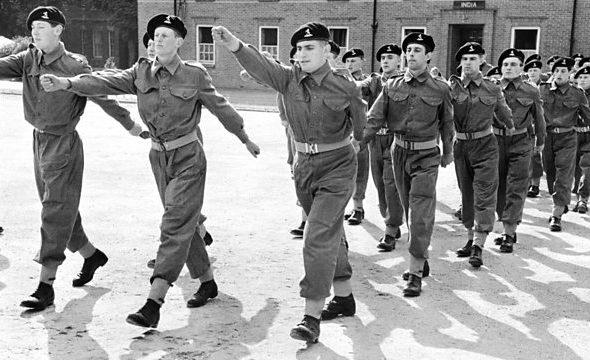 Sixty years after the last conscripts arrived at their barracks and queued for their kit, historian Richard Vinen uncovers stories of the two million young men who went through National Service.

While some embraced the discipline, camaraderie and opportunities that National Service offered, others endured misery. Most never left the country, but some fought in Korea or the Malayan jungle, or found themselves in Kenya, Suez or Cyprus.

As well as memories of parade grounds and patriotism, brief moments of terror and long months of tedium, Richard considers the absurdities of army life and post-war ideas of class and masculinity.

And in an era when war with the Soviet Union seemed likely, Richard unpicks the politics of National Service from the late 1940s to the early 1960s, asking why post-war Britain needed its young conscripts and whether conscription changed Britain.