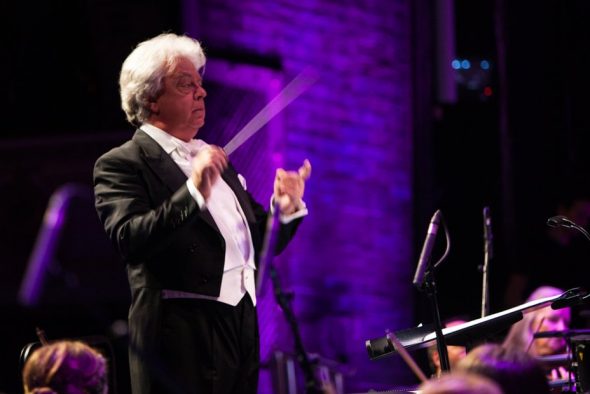 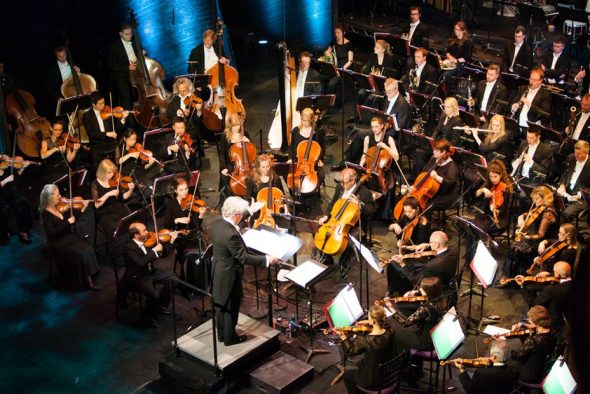 TBI Media united with Classic FM at the Theatre Royal to celebrate her Majesty’s 90th Birthday, with the show broadcast on Sky Arts the following day.

TBI Media united with Classic FM at the Theatre Royal to celebrate her Majesty’s 90th Birthday. The evening featured exceptional performances from some of the country’s finest classical musicians, and was broadcast on Sky Arts the following day.

To mark the occasion, presenters Myleene Klass and Bill Turnbull took the audience on a journey through the Queen’s last 90 years, with actors Anita Dobson and David Bradley recounting some very poignant moments.

Special guests who took part in this celebratory evening included violinist Jennifer Pike, who did an outstanding performance of ‘The Lark Ascending’ and soprano Laura Wright, who sang several classical British songs, ending the evening with a beautiful rendition of ‘Jerusalem’.

We had the honour of being joined by The Philarmonia Orchestra with Christopher Warren-Green as conductor. They performed some of this country’s finest music by Elgar, Walton, Delius, Holst, Handel and Vaughan Williams, alongside contemporary composers including Nigel Hess and the legendary John Barry.

Sir Karl Jenkins, the most performed living composer in the world, conducted his own Allegretto from Palladio, while Debbie Wiseman, one of the UKs most successful female music ambassadors conducted her own ‘Overture’ and Buckingham ‘Palace March’.