Faith on the Move

"A beautiful programme - stopped me in my tracks" 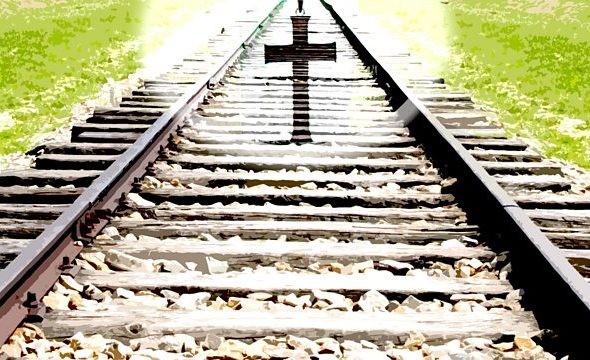 A journey with Dylis George, one of the chaplains on the UK rail network. Her work brings support and friendship to those facing abusive passengers and sometimes tragedy.

A railway chaplain may sound quaint - romantic even - harking back to the days of steam travel when the Railway Mission was first established in the 1880s. Back then, train travel was new and men of the cloth respected. But these days the chaplain’s role is a stressful 24/7 job on the front line of society.

Faith on the Move looks at the work of the chaplains who support railway staff on the near-10,000 miles of Britain’s railway. Dylis George, a Pastor in South London, is our travelling companion and guide. Since becoming a railway chaplain five years ago, Dylis has supported staff on London Underground as well as the British Transport Police. Last year, she took over as chaplain on South Eastern Railway, to the Kent and Sussex coast.

Every day is different and demanding as Dylis offers friendship and a listening ear to those facing life and work issues - including increasingly abusive and sometimes violent passengers. She has also been there to offer support through the very worst of times, from attacks by extremists to deaths on the track.

A mother of two, Dylis finds her faith is often tested, but she also finds solace in her family and cooking dishes which bring back happy childhood memories of Sierra Leone.

Along with the stories of railway workers and passengers, the programme features Andrew Buchanan who was once a train driver, but is about to start as a chaplain on the West Country network. He has his own experience of a track suicide. Other voices include Dylis’s predecessor John Robinson who has taken time out from chaplaincy to look after his family, and CEO of the Railway Mission Liam Johnston.