“This year has been the Freesats’ biggest and best ever field of entries. The result is a cracking set of shortlists, reflecting a truly vintage year for free-to-air television in the UK"
Neil Midgley, Chair of the Judging Panel 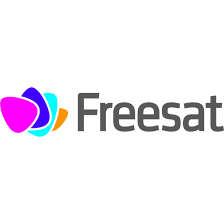 A celebration of the TV that Britain loves from 2014

Hosted by comedian Marcus Brigstocke, the awards ceremony was attended by celebrities, media producers and broadcasters - including James Corden and Keeley Hawes.

Over 200 entries competed across twelve categories, and winners were chosen by an expert panel of broadcasting industry executives and television commentators, chaired by journalist and commentator, Neil Midgley.

ITV took home three awards, with Best Live TV Programme or Series going to Ant and Dec’s Saturday Night Takeaway, which the judges said had delivered ‘Extraordinary ambition, week after week’. Ant and Dec also won Personality of the Year, for the second year in a row, and Coronation Street was named Best British TV Soap. BBC Two won the Freesat Channel of the Year award, as judges praised the channel for ‘firing on all cylinders; with strong dramas, great comedy and expertise in every territory from science to history’.