Magic At The Movies

"There’s always a lovely afterglow from working with TBI. Thanks team!" 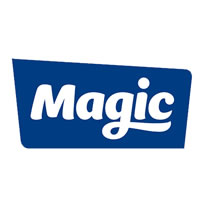 A countdown of the top 40 film scores, as voted for by Magic FM listeners.

Stephen Merchant and Jimi Mistry presented the show, which featured film themes, titles, and soundtracks voted for by the Magic FM listeners. The resounding favourite was Celine Dion’s 'My Heart Will Go On' from the iconic film, Titanic, with Take That’s 'Rule the World' from Stardust in second place and Aerosmith’s 'I Don’t Wanna Miss a Thing' from Armageddon in third.

The tracks were performed live by an all-star band to recreate a cinematic sound and movie magic.

The success and appeal of the live event led to Magic broadcasting a recording of the concert on air.