"I’m excited that we can still come together for a tribute of wartime songs and memories. The Royal Albert Hall will be seen like never before – empty, isolated and yet still magnificent!" 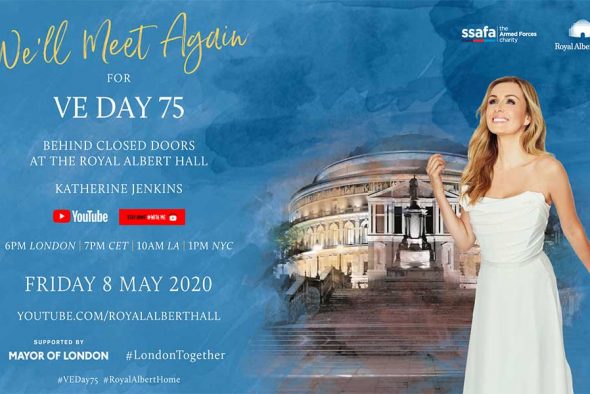 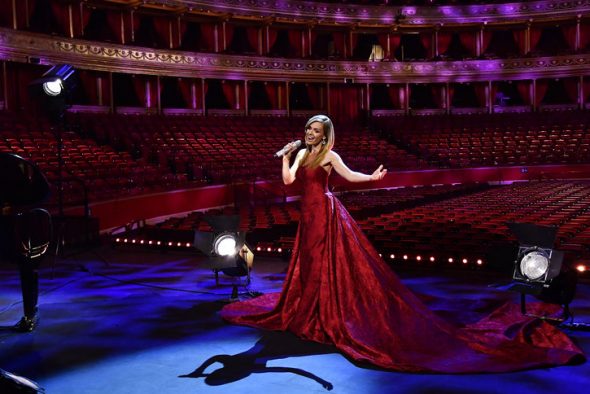 A YouTube live stream showcasing a no-audience-performance from Katherine Jenkins at the Royal Albert to mark VE Day celebrations during the lockdown.

On 8 May 2020 people all over the world, whilst in lock down, celebrated the 75th anniversary of VE Day, marking the end of the Second World War in Europe.

At the Royal Albert Hall, Katherine Jenkins led tributes to those who lost their lives in the conflict with a special behind-closed-doors performance, joined by some very special guests including saxophonist Jess Gillam.

The concert also brought a message of hope and togetherness, with a virtual duet of We’ll Meet Again with Dame Vera Lynn – a message that has resonated around the nation as people are again separated from their loved ones at a time of crisis.

The concert, held in partnership with the Mayor of London and YouTube, was the first concert to ever take place behind closed doors at the venue.