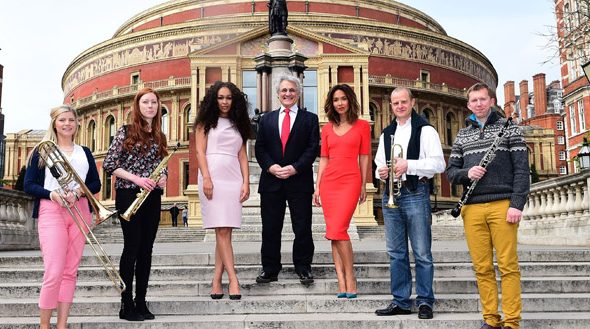 The story of VE Day live from the Royal Albert Hall

The evening also featured, D-Day Veteran George Batts who was was awarded the highest decoration by the French government – the Legion D’Honneur – for his role in liberating France in 1944. During the concert George read a poem that’s author still remains unknown. Accounts say that it was originally written on a scrap of paper that fluttered into the hand of a solder in the trenches in 1942.

The evening closed with the words of War-time Prime Minister, Winston Churchill. These were made more iconic as they were read by special guest, grandson of Winston, Randolph Churchill.